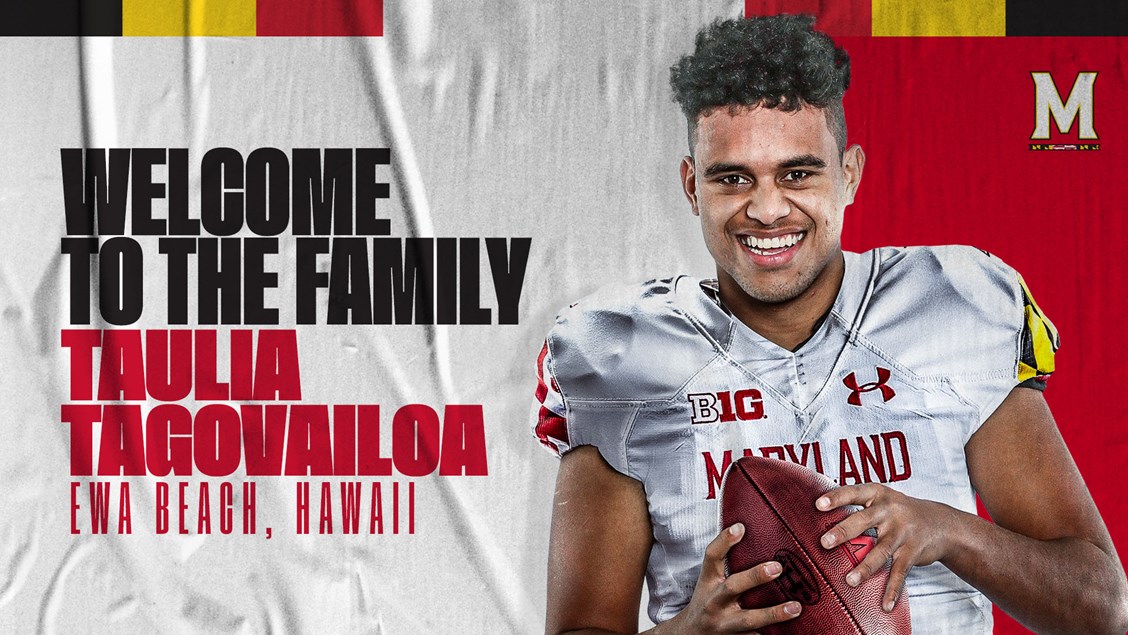 Taulia, the younger brother of former Alabama standout quarterback and No. 5 overall draft pick in the 2020 NFL Draft, Tua Tagovailoa, spent one year at Alabama as the third string quarterback last season behind his brother and Mac Jones.

While it was thought that Taulia would perhaps transfer to a Florida school to join his brother and family in the Sunshine State (Tua was drafted by the Miami Dolphins), Taulia made the decision to join former Alabama offensive coordinator, Locksley in College Park.

A 5-foot-11, 208-pound quarterback, Tagovailoa finished 9-of-12 for 100 yards in five games played at Alabama during the 2019 season, where the Crimson Tide went 11-2 and won the Citrus Bowl over Michigan.

Tagovailoa did play in five games last season, so he did not preserve his redshirt status and has three years of eligibility left. The fifth-ranked dual-threat quarterback of the 2019 class, according to ESPN, will have to seek a waiver in order to play in 2020. Regardless of when he gets on the field, this is a big catch for Locksley and the Terps.

“Taulia has outstanding field vision and excellent pocket awareness,” said Locksley in a press release. “He’s a twitchy passer that has the ability to make and extend plays in and outside of the pocket because of his above-average athleticism. Taulia has terrific touch and trajectory on his throws and delivers the ball with above-average accuracy. He’s a highly competitive player that will bring great competition to a good quarterback room.”

While Taulia did not play for Locksley at Alabama, he is joining the man who helped his brother reach incredible statistical heights with the Crimson Tide.

Tua Tagovailoa threw for 3,189 yards and a school-record 37 touchdowns as the Crimson Tide offense averaged 47.9 points and 527.6 yards per game with Locksley at the play calling helm. The Locksley-Tua Tagovailoa combination helped Alabama set school records for points scored (623), single-season total offense (6,859 yards) and passing yards (4,231) in a season.

Taulia is undoubtedly excited as he heads to Maryland and a situation with only two other quarterbacks to compete against.

“I’m so excited to start the next chapter of my career at the University of Maryland,” said Tagovailoa in a press release. “I’m incredibly grateful to all of the amazing people at Alabama, but am also thrilled to join the Terrapin Football Family. I have a great relationship with Coach Locksley and am excited to see what he’s building. I can’t wait to be part of it and I plan on working incredibly hard both on and off the field to make my family, teammates, coaches and fans proud.”

The Terps are slated to open its 2020 season on September 5 as it welcomes the Towson Tigers to Capital One Field at Maryland Stadium.

The 2022 College Football Playoff National Championship was one for the record books, as Georgia secured its first national title since 1980.

The 2022 College Football Playoff National Championship was one for the record books, as Georgia secured its first national title since 1980. The viewership of ESPN’s MegaCast presentation reflected the excitement surrounding the Alabama-Georgia showdown, with 22.6 million viewers tuning in across ESPN networks.

The Dawgs’ thrilling 33-18 victory over the SEC Champion Crimson Tide was up 19 percent from last year’s national championship contest between Alabama and Ohio State. The matchup peaked with 25.4 million viewers.

The main ESPN telecast of Monday night’s showcase is the second-most-viewed non-NFL telecast (sports or non-sports) on a single network since February 2020. ESPN’s presentation of the action from Indianapolis is the most-watched TWDC telecast since the 2021 NFL Wild Card Game.

Streaming Creates MegaCast Magic
Across all ESPN3/ESPN App exclusive feeds, streaming minutes were up 33 percent over 2020. Outside of the linear telecasts, Alabama’s Hometown Radio MegaCast was the most-streamed feed for both uniques and minutes. The Alabama and Georgia Hometown Radio MegaCast viewing options saw substantial year-over-year gains across AMA (up 75 percent), uniques (up 30 percent), minutes (up 85 percent), starts (up 20 percent) and minutes/viewer (up 35 percent).

Across the regular season and postseason, ESPN networks delivered the four most-viewed games of the 2021-22 season (CFP National Championship, both CFP Semifinals and The Rose Bowl Game) and 59 of the top 100 games overall. ESPN networks were responsible for 62 percent of live game college football minutes viewed this season across all nationally measured linear networks.

ESPN Events, a division of ESPN, has announced the matchups for its 18 owned and operated college football bowl games for the 2021-22 Bowl Season. 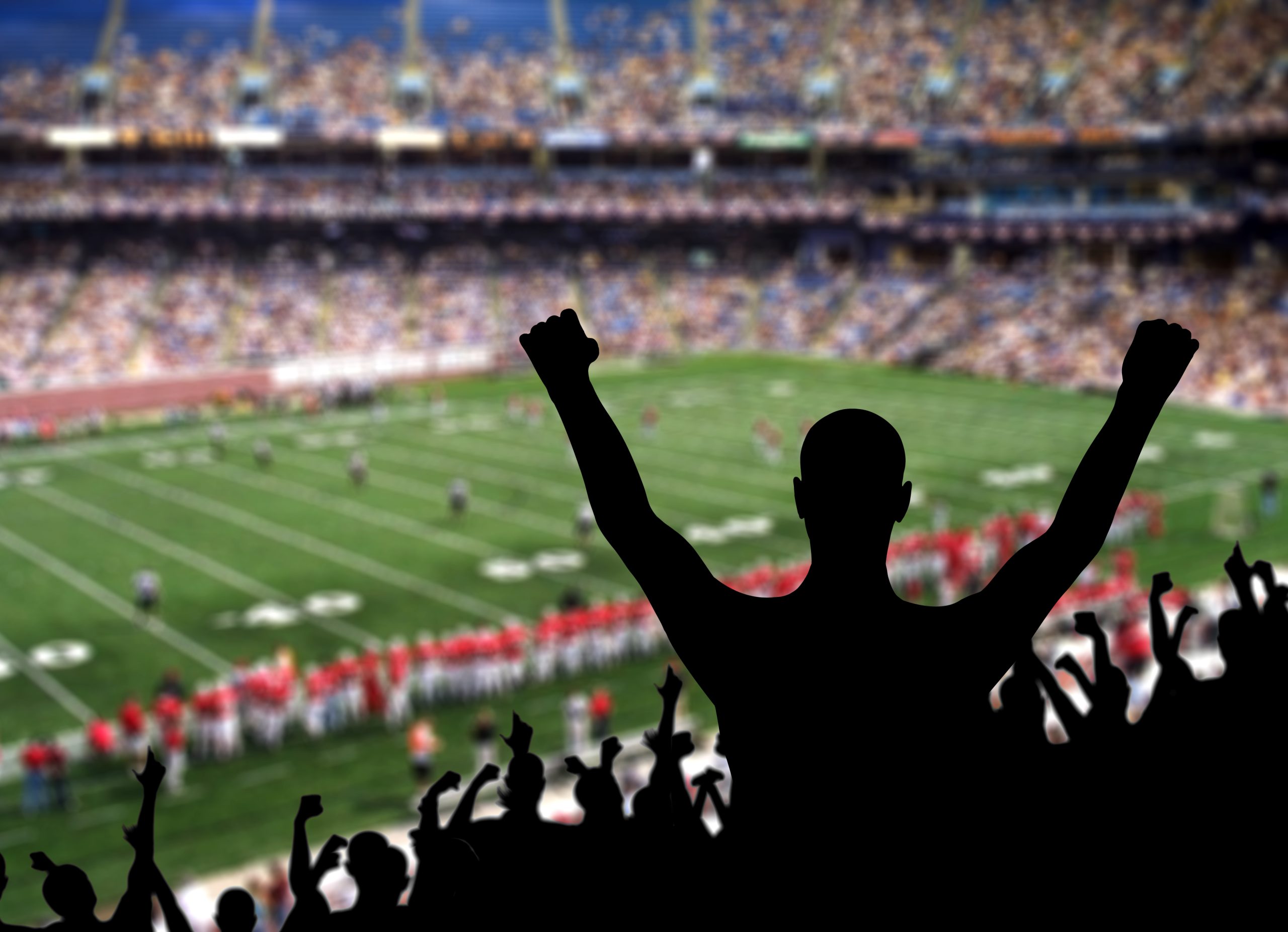 ESPN Events, a division of ESPN, has announced the matchups for its 18 owned and operated college football bowl games for the 2021-22 Bowl Season.

The Bahamas Bowl (noon ET, ESPN) and Tailgreeter Cure Bowl (6 p.m., ESPN2) kick off the schedule on Friday, Dec. 17. Seventeen of the ESPN Events bowl games will air on ESPN while the Cricket Celebration Bowl on Saturday, Dec. 18 will air on ABC at noon. The schedule also includes the addition of the inaugural Wasabi Fenway Bowl in Boston on Wednesday, Dec. 29 (11 a.m., ESPN) and the new Frisco Football Classic, which will be played Thursday, Dec. 23 (5:30 p.m., ESPN2) in Frisco, Texas.

The Bahamas Bowl will be played on Friday, Dec. 17 at noon on ESPN. Middle Tennessee (Conference USA) will face Toledo (Mid-American Conference) at Thomas A. Robinson National Stadium in Nassau, Bahamas. The Bahamas Bowl debuted in 2014 and is the longest-running international bowl game in college football history.

The Tailgreeter Cure Bowl, which debuted in 2015, is set for Friday, Dec. 17 at 6 p.m. on ESPN2. Coastal Carolina (Sun Belt) will play Mid-American Conference champion Northern Illinois at Exploria Stadium in Orlando.

The eighth edition of the RoofClaim.com Boca Raton Bowl is scheduled for Saturday, Dec. 18 at 11 a.m. on ESPN and ESPN Radio. Appalachian State (Sun Belt) will face Western Kentucky (Conference USA) at FAU Stadium on the campus of Florida Atlantic University in Boca Raton, Fla.

The PUBG MOBILE New Mexico Bowl will be played Saturday, Dec. 18 at 2:15 p.m. on ESPN and ESPN Radio. The University of Texas-El Paso (Conference USA) and Fresno State University (Mountain West) will participate in the 16th edition of the New Mexico Bowl at University Stadium in Albuquerque.

The Myrtle Beach Bowl presented by TaxAct is set for Monday, Dec. 20 at 2:30 p.m. on ESPN. The second edition of this bowl matches Old Dominion (Conference USA) against Tulsa (American Athletic Conference) at Brooks Stadium on the campus of Coastal Carolina University in Conway, S.C.

The 25th Famous Idaho Potato Bowl is slated for Tuesday, Dec. 21 at 3:30 p.m. on ESPN. The game will be played at Albertsons Stadium on the campus of Boise State University and will feature Wyoming (Mountain West Conference) and Kent State (Mid-American Conference).

The Tropical Smoothie Cafe Frisco Bowl will be played Tuesday, Dec. 21 at 7:30 p.m. on ESPN. The fourth installment of this bowl will match San Diego State (Mountain West Conference) against Conference USA champion UTSA at Toyota Stadium in Frisco, Texas.

The Lockheed Martin Armed Forces Bowl will be played Wednesday, Dec. 22 at 8 p.m. on ESPN.

The 19th edition of the bowl will feature Army (Independent) against Missouri (SEC) at Amon G. Carter Stadium on the campus of TCU, in Fort Worth, Texas.

The new Frisco Football Classic will be played Thursday, Dec. 23 at 3:30 p.m. on ESPN. Miami (Ohio) (Mid-American Conference) and North Texas (Conference USA) will meet in this game at Toyota Stadium in Frisco, Texas.

The Union Home Mortgage Gasparilla Bowl will be played Thursday, Dec. 23 at 7 p.m. on ESPN. The bowl, which debuted in 2008, will feature a matchup of Sunshine State programs when UCF (American Athletic Conference) faces Florida (SEC) at Raymond James Stadium in Tampa, Fla.

The Easypost Hawai’i Bowl will be played on Christmas Eve, Friday, Dec. 24, at 8 p.m. on ESPN. The 19th edition of the bowl will match Memphis (American Athletic Conference) against host Hawai‘i (Mountain West) at the Clarence T.C. Ching Athletics Complex on the University of Hawai‘i at Mānoa campus.

The TaxAct Camellia Bowl will be played on Christmas Day, Saturday, Dec. 25, at 2:30 p.m. on ESPN. The bowl game, which debuted in 2014, will match Georgia State (Sun Belt) against Ball State (Mid-American Conference) at the historic Cramton Bowl in Montgomery, Ala.

The SERVPRO First Responder Bowl is set for Tuesday, Dec. 28 at 3:15 p.m. on ESPN. In the 12th edition of the bowl game, Air Force (Mountain West) will play Louisville (ACC) at Gerald J. Ford Stadium on the SMU campus in Dallas.

The inaugural Wasabi Fenway Bowl will be played Wednesday, Dec. 29 at 11 a.m. on ESPN. The first college football bowl game to be played at Fenway Park, the historic home of the Boston Red Sox, and the first Division 1 FBS bowl game to be contested in New England, will match SMU (American Athletic Conference) against Virginia (ACC) in Boston, Mass.

The SRS Distribution Las Vegas Bowl will be played Thursday, Dec. 30 at 10:30 p.m. on ESPN. In the 30th year of the bowl, Wisconsin (Big Ten) will face Arizona State (Pac-12) at the event’s new home at Allegiant Stadium in Las Vegas, Nevada.

The TaxAct Texas Bowl will be played Tuesday, Jan. 4 at 9 p.m. on ESPN. In the bowl’s 16th year, Kansas State (Big 12) will face LSU (SEC) at NRG Stadium in Houston, marking the eighth year both conferences are affiliated with the Texas Bowl.

ESPN Events, a division of ESPN, owns and operates a portfolio of 35 collegiate sporting events nationwide. The roster includes five early-season college football games, 17 college bowl games, 12 college basketball events, and a college softball event, which accounts for approximately 400 hours of live programming, reaches nearly 64 million viewers and attracts over 800,000 attendees each year. With satellite offices in more than 10 markets across the country, ESPN Events builds relationships with conferences, schools and local communities, as well as providing unique experiences for teams and fans.

Coming off the College Football Playoff National Championship, Alabama will participate in their annual A-Day activities on Saturday, April 17 at 1 p.m. ET on ESPN. The Crimson Tide will also have their Pro Day televised by SEC Network on Tuesday, March 23 at noon.

Coming off the College Football Playoff National Championship, Alabama will participate in their annual A-Day activities on Saturday, April 17 at 1 p.m. ET on ESPN. The Crimson Tide will also have their Pro Day televised by SEC Network on Tuesday, March 23 at noon.

Alabama’s Pro Day, with ESPN CFB analyst and former Crimson Tide QB Greg McElroy reporting on site, is one of four pro days airing on SEC Network this spring. Georgia kicks things off on Wednesday, March 17 at 11 a.m., with Bulldog great Matt Stinchcomb reporting live from Athens, as well as host Peter Burns and analyst Roman Harper in studio. For Alabama’s Pro Day on the 23rd, host Dari Nowkhah will be joined by Harper in studio and analyst Gene Chizik from home.

On Wednesday, March 31, SEC Network will have four hours of pro day coverage featuring LSU and Florida, with ESPN NFL analyst Ryan Clark live from Baton Rouge and Gator legend Chris Doering reporting from Gainesville. In studio, Burns and Harper will be on the desk, with Chizik live from home.

About SEC Network
The Southeastern Conference and ESPN launched SEC Network on August 14, 2014. The network televises hundreds of games across the SEC’s 21 sports annually. Programming includes in-depth analysis and storytelling in studio shows such as SEC Nation, Thinking Out Loud and Rally Cap, daily news and information with SEC Now, original content such as TrueSouth, SEC Storied and SEC Inside, and more. Hundreds of additional live events are available for streaming exclusively on SEC Network’s digital companion, SEC Network+, via the ESPN App and SECNetwork.com. The network is also available in more than 135 countries throughout Europe, Middle East, Africa and Asia via ESPN Player, ESPN’s sports streaming service in the region.